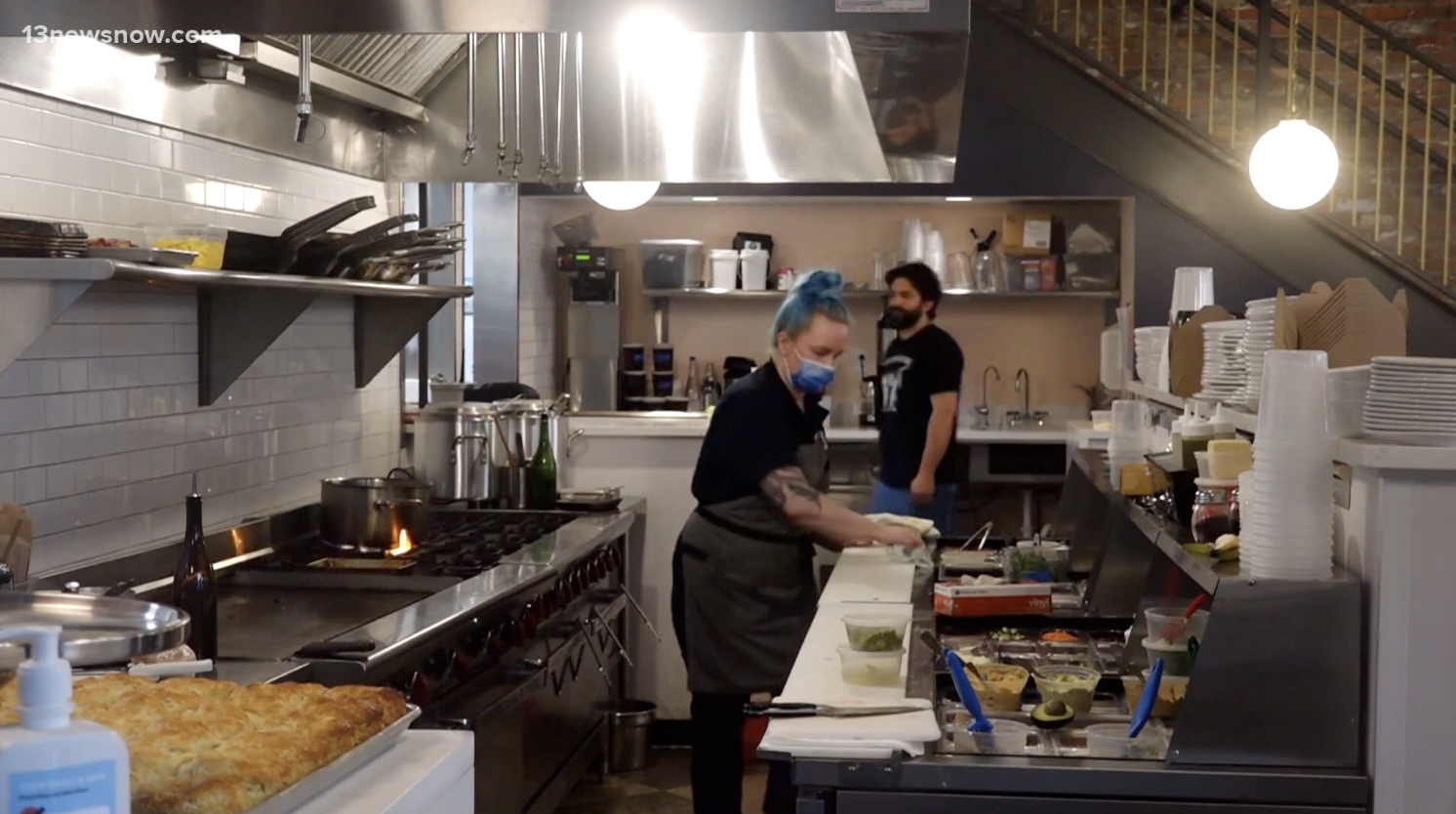 Hampton Roads restaurant owners have to make swift changes to their business as reopening becomes a struggle in the labor force.

VIRGINIA BEACH, Va. — Restaurant Owners can’t find enough workers and some have been forced to cut hours. They say they don’t have enough staff. However, there are programs in the works to help solve these issues.

The stockpot restaurants in Virginia Beach and Norfolk are having trouble getting people to walk in for interviews.

“I had five yesterday, one showed up, my general manager in Virginia Beach I think has 8 or so interviews today. I think two out of the five or so have shown up their morning which is kind of a high rate, to be honest with you,” said Owner Patrick Edwards.

“We’re doing signing bonuses. Like dishwashers are getting like $150.00 signing bonus if they stay on with us for three months. They also get an immediate raise if they just a month,” said Edwards.

Other restaurants across Hampton Roads made changes too. The owner of a sushi restaurant in Suffolk posted on Facebook it had to revert to carry out only due shortage of staff.

The Atlantic seafood restaurant in Virginia Beach had this message for customers on their sign “Be patient there’s like 3 of us here.”

“It was kind of humor and bit of reality, like if you’re coming into a restaurant regardless of where you’re going just be patient with the staff,” said Atlantic General Manager Vincent Amato.

Amato explained they finally took the message down because they are now hiring more people.

“And we’re hoping to really identify what the gaps are and where we can fill those gaps. What we really need to do to is start pushing this industry at a younger age to get folks interested,” said Cook.

The Hampton Roads Workforce Council is working with the city of Norfolk to create a youth internship program. The goal is to introduce the younger generation into the restaurant and hospitality industry and learn how to possibly turn it into a career.

According to the Virginia Workforce Connection website, 25,215 people unemployed in Hampton Roads and they estimate at least a third are searching for jobs.