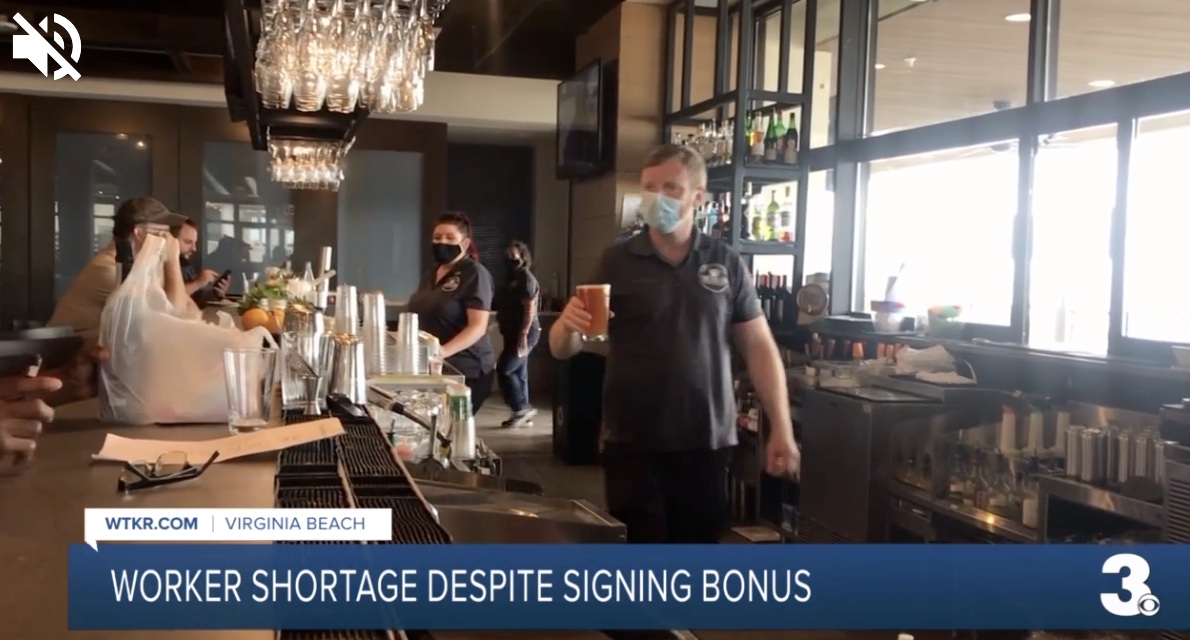 Plenty of $1,000 bonuses available in Virginia Beach to get more hospitality workers hired

VIRGINIA BEACH, Va. – The City of Virginia Beach’s efforts to get more people hired in its hospitality industry hasn’t been easy. The city is offering money to get people to work in restaurants and hotels.

In August, the city started offering $1,000 incentives to new hires in the hospitality industry, but there’s still plenty of that money available.

“Workforce is still our number one challenge. It’s still a crisis, and it hasn’t gotten any better, unfortunately, after the summer,” said John Zirkle, the general manager of the DoubleTree Hotel.

“You can have a terrific career in the hospitality industry, and we will pay you $1,000 just to give us a try,” said Michael Woodhead, a consultant with the Hampton Roads Workforce Council.

The City of Virginia Beach funded a plan to help get hospitality workers back to work due to staffing shortages.

But even a $1,000 bonus isn’t getting everyone back to work.

“As unemployment ended after Labor Day, we thought we would see a larger than previously experienced applicant flow, and we just really haven’t seen that,” said Duane Gauthier, the managing director of Commonwealth Lodging Management who also operates Tin Cup Kitchen.

Zirkle is looking to fill 22 positions and says the $1,000 bonus has been a helpful incentive.

All Virginia Beach hotels and restaurants qualify to give away the $1,000 bonus. Up to 10 bonuses can be given away per business.

“I have two people that are on their way to earning it right now that we’ve hired in the past two weeks.”

Gauthier manages the Delta Hotel in Virginia Beach and says the hotel and the Tin Cup Kitchen restaurant inside of the hotel have noticed the staffing shortages. With tourism season slowing down, businesses are seeing a difference.

“We have plenty of open positions, and we are absolutely hiring across the board,” Woodhead said.